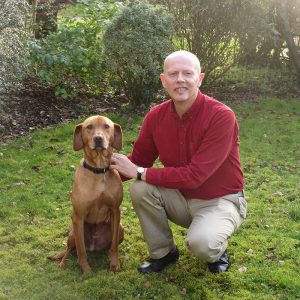 I am the author of the international best-seller I Love You But I’m Not in Love With You. A special 10th anniversary edition was recently published to celebrate over 100,000 copies sold. In total, I’ve written twenty titles on love, relationships and infidelity—which have been translated into over twenty different languages.

I also written two volumes of memoirs and articles for the Daily Mail, The Mail on Sunday and The Daily Telegraph. I’ve appeared on TV shows as This Morning and Lorraine Kelly Today and on radio programmes like Jeremy Vine on BBC Radio 2.

The Guardian has described my work as “wonderfully comforting” and “I feel light headed and giggly…as if someone has just made sense of me” and The Evening Standard as “insightful”.

I trained with RELATE—the UK’s leading couple-counselling charity, but have developed my own method which blends psycho-dynamic counselling (which looks at your past and how it affects today) with systemic counselling (which focuses on how your relationship works today and what would improve matters). I lead a team of three therapists in London offering the Marshall Method and have plans to extend the service to other parts of the country.

I have written for newspapers and women’s magazines all over the world. For The Times, I wrote the Psychobabble series. For The Independent, I did the celebrity profile Revelations—where somebody in the news talked about a moment where they learned something about themselves—and for Woman and Home magazine I interviewed celebrity couples for Inside a Marriage.

I am also the host of the new podcast series The Meaningful Life with Andrew G. Marshall.

In 2018, I started a practice in Berlin, Germany where I offer weekly Couples Therapy in English for local Berlin clients.

In addition, I write plays. Coming Around Again, a play about five generations of the same family and how one generation’s secrets will affect the next, was performed at the West Yorkshire Playhouse in 2005 and published by Oberon Books. The Guardian described Coming Around Again as “an impressive feat” and The Stage called it “an utter delight”.

I’ve written two plays about the tenor Enrico Caruso—Caruso and the Quake and Caruso and the Monkey House Trial—which have been on an extensive UK and Ireland tour playing over 100 dates. My most recent play is Madam Butterfly: The Man Opera which takes the Puccini story and asks: what happens next?

Other jobs include working in radio at BRMB in Birmingham, Essex Radio in Southend, Radio Mercury in Crawley and for Talk Radio UK (National).

In 2012, I started my own imprint Marshall Method Publishing which has brought out new titles in the UK and publishes my back catalogue in America and Canada.

If you find it difficult to make a regular face-to-face appointment at the same time each week, Video counselling is an excellent alternative to traditional therapy. It is also helpful if you are an ex-pat and cannot find English-speaking couple therapy where you live. I have a team of therapists who are experienced at delivering it. Online Counselling >>

Every week Andrew interviews a witness about what makes their life meaningful and answers your questions.

Listen now to The Meaningful Life with Andrew G. Marshall >>

This website uses cookies to improve your experience while you navigate through the website. Out of these cookies, the cookies that are categorized as necessary are stored on your browser as they are essential for the working of basic functionalities of the website. We also use third-party cookies that help us analyze and understand how you use this website. These cookies will be stored in your browser only with your consent. You also have the option to opt-out of these cookies. But opting out of some of these cookies may have an effect on your browsing experience.
Necessary Always Enabled
Necessary cookies are absolutely essential for the website to function properly. This category only includes cookies that ensures basic functionalities and security features of the website. These cookies do not store any personal information.
Non-necessary
Any cookies that may not be particularly necessary for the website to function and is used specifically to collect user personal data via analytics, ads, other embedded contents are termed as non-necessary cookies. It is mandatory to procure user consent prior to running these cookies on your website.
SAVE & ACCEPT

Remember the advantage of stepping out of your house,  getting a fresh perspective on your relationship and what needs to change. Easy access via the new Elizabeth tube line.