Home » Infidelity » Would Antidepressants Help My Recovery From Infidelity? 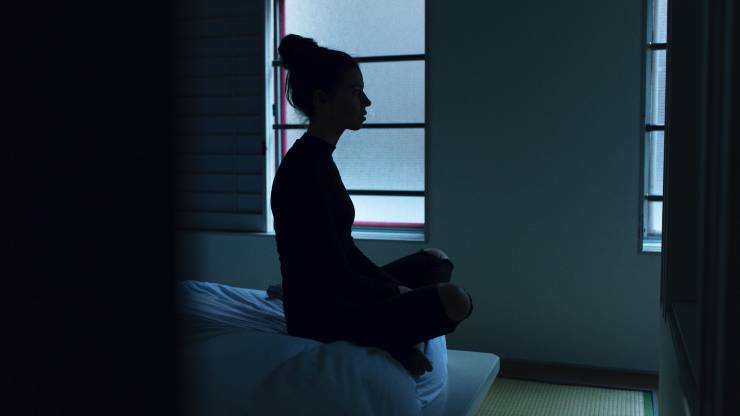 When you are overwhelmed by discovering your partner’s infidelity and your feelings are all over the place, would it be helpful to take some medication? Especially as recovery can be a long haul.

So would antidepressants help? It is a good question and who better to answer it than someone who has walked this path (and can talk from personal experience) and is a doctor herself (so has the medical knowledge too).

So over to my guest blogger with thanks and admiration for her courage and openness. I am sure it will help you decide if antidepressants would be helpful from your recovery from infidelity or not…

Today is my first drug-free day in three-and-a-half years. Just to give context, I’m talking about the anti depressant type; I’m too much of a scaredy cat to dabble in anything recreational.

I started on a drug called Citalopram in early January 2017. The decision to do this was triggered by a life changing trauma, namely having discovered that my husband of nearly 20 years, father of my 3 children, whom I trusted with my life, had been having an affair.

The discovery was made on the 4th of December 2016, when I found an email that the female has written to him that was so graphic in its detail that my lawyer took it as proof of adultery. I ran and vomited in the kitchen sink.

I was looking through his emails, as he had been strange for weeks, saying he didn’t know if he wanted to be married anymore, that he felt he needed space, that he had wondered if I (yes, me!) might have been having an affair…

Quite commonly, I now know, in these situations, the cheating spouse will try and deflect, and the betrayed spouse searches for answers, like could he be depressed? Is it a midlife crisis? He denied all of these things, and even eventually when I asked him directly, an affair. So I was looking for something, but didn’t know what, when I found the missive.

Over the coming weeks, I was terrified, heartbroken, scared, anxious, and if I had filled in a PHQ (depression assessment questionnaire) I would have ticked nearly every box. We were supposedly trying to see if we could salvage our marriage. We were going for couple counselling, separate counselling, I was reading everything I could find on affairs. That is when I discovered the work of Andrew G Marshall. The first book of his I read was How Can I Ever Trust You Again: From Discovery to Recovery in Seven Steps.

We survived the Festive season, but things changed just after New Year, and my HB went back into his cold, strange uncommunicative state. The counselling sessions became so hard for me as he was clearly no longer engaging. Deep down I suppose I knew why. He was back in touch with the OW. (However I didn’t make this discovery until early February, this time a Whats App message under a pseudonym).

I called a halt on the couple counselling as it was very traumatic and I could not see any point in continuing as things stood.

Now, I am a GP. I prescribe antidepressants every day in work. I have vast professional experience of how they can be used very effectively. I am also acutely aware that often they are prescribed when some changing of our thought processes, CBT, family, friend and community support could be equally as helpful.

I lost my Dad when I was 26, and my Mum 8 years ago. Her death had a particularly big impact on me, and I struggled emotionally for the year that followed.

I suppose at times it may have crossed my mind, as I was still crying a lot and feeling low after 8/9 months, should I go on an antidepressant?

I organised some grief counselling and time of course healed.

I have always thought that whatever life throws up, I could deal with, without resorting to medication.

So, back to January 2017, the couple counselling stopped, a silent cold stranger had inhabited my husband’s body, I was working full-time, looking after three children, and dealing with the biggest emotional challenge of my life. Only those unfortunate enough to have been on the receiving end, can possibly understand what affair discovery does to you. I was crying constantly, I wasn’t sleeping, I felt panicky and terrified. I was so so tired, and broken.

One day in mid January I was speaking with a work colleague who also happens to be one my very best friends. I was crying. I had of course let the thought of medication enter my head before, given how utterly bereft I was. I said I really think I need to go on something. Together we agreed it was something I needed to do. There was nothing else to do. I had given this fight every single morsel of my energy, and I was losing.

I made an appointment with my own GP, having decided what drug I wanted to go on, Citalopram. She agreed, and gave me a prescription, for the lowest dose, 10mg, on my instigation.

I had also been taking some as required Propranolol, a beta blocker, which helps to alleviate the physical symptoms of anxiety, like heart racing, butterflies in the tummy, hyperventilation, etc.
Over the course of the first few weeks on Citalopram, I was still taking the Propranolol too, as it takes possibly up to 4 weeks to feel the full benefit.

It became clear though fairly quickly that I would need to increase the Citalopram dose to 20, which is the usual, standard dose. I knew that the drug alone was not going to be a magic wand, that would make me feel happy, better, content, “over it”. But it began to alleviate some of the worst of the horror. I could cope better with the daily onslaught of negative and unhelpful thoughts and images.

I was on this dose for about two years. As anyone who has gone through the PTSD of affair discovery and subsequent marital breakdown will know, recovery is a marathon, not a sprint.

At times during those two years I felt better enough to possibly reduce the dose, but there was always a trigger round the corner, and I felt I didn’t want to be coming off and going back on, so wanted to stay on them until I was as sure as I could be that my recovery was complete.

It’s important to emphasise though, that along with these tablets I was having therapy sessions regularly, latterly with Andrew over Skype, having been to other therapists over the time since affair discovery too. I had read lots, and had been working very hard on myself in improving self awareness, changing the way I think, and react to situations, and had done a lot of work going back to family and childhood, and their impact on the adult me.

The Citalopram was not responsible for the happy, content, and freer person I am now. Not at all. But it did suppress some really intolerable symptoms during that time.

As I began to have a more sustained constant feeling of improvement, after 2 years, I felt it was safe to reduce the dose to 10 mg again. And happily I remained good with that.

I stayed on that dose for about a year. Then I started halving the tablet, and took that baby dose for another few months. Then I quartered it. Then I took my last dose on the 17th of June this year. At this point it was probably no better than a placebo!

So that was three months ago, and things have remained good. Of course life will throw curveballs, and there will be ups and downs. And who knows? I certainly can’t say I won’t at any point in life, be on antidepressants again, though obviously I really hope not.

Were there down sides to taking them? I possibly felt a bit more tired. I certainly couldn’t cry at the things that would make you cry normally. I was a tear free zone! The only person in the cinema dry eyed at the Donna coming back from the dead scene in Mama Mia 2 lol!

So they do tend to suppress all emotions, both good and bad. This is something I suppose you will put up with when the bad is really bad.

My daughter is leaving home to go to University in Edinburgh this weekend and I have cried a river! But that’s ok. That’s normal.

So in summary. Antidepressants, though certainly not the only answer after infidelity and marital breakdown, can be an effective contributor to add to reading, therapy, self care, pets, new hobbies, family and friends.

Thank you to our guest blogger. I hope her post helps you decide if antidepressants or other medication would be useful in your recovery from infidelity. Please consult your doctor for more guidance.

Marital therapist and author of I Love You But I'm Not in Love With You. Expert on resolving infidelity and falling back in love.

Since the pandemic relationships are under greater stress than ever before. If you need help, support and an outside eye, Video counselling is an excellent alternative to traditional therapy – and I have a team of therapists who are experienced in delivering it.
Online Counselling >>

Andrew G. Marshall is the UK's best-known marital therapist and has thirty years experience. His self-help books include the international best-seller I Love You But I’m Not In Love With You.

Find out more About Andrew >>

Every week Andrew interviews a witness about what makes their life meaningful and answers your questions.

Listen now to The Meaningful Life with Andrew G. Marshall >>

This website uses cookies to improve your experience while you navigate through the website. Out of these cookies, the cookies that are categorized as necessary are stored on your browser as they are essential for the working of basic functionalities of the website. We also use third-party cookies that help us analyze and understand how you use this website. These cookies will be stored in your browser only with your consent. You also have the option to opt-out of these cookies. But opting out of some of these cookies may have an effect on your browsing experience.
Necessary Always Enabled
Necessary cookies are absolutely essential for the website to function properly. This category only includes cookies that ensures basic functionalities and security features of the website. These cookies do not store any personal information.
Non-necessary
Any cookies that may not be particularly necessary for the website to function and is used specifically to collect user personal data via analytics, ads, other embedded contents are termed as non-necessary cookies. It is mandatory to procure user consent prior to running these cookies on your website.
SAVE & ACCEPT

Remember the advantage of stepping out of your house,  getting a fresh perspective on your relationship and what needs to change. Easy access via the new Elizabeth tube line.